Daniel Ionson Musings on the Craft of Writing 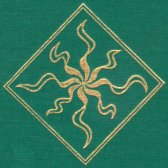 My twin loves are medieval fantasy and philosophy:

Medieval fantasy:  I’ve loved it since getting infected with it at the age of 7 as I read Narnia, and thereafter couldn’t resist banging on the back of wardrobes.  Tolkien’s masterpiece compels me still, and my favorite book of all time remains (strangely, to some) The Silmarillion.  (But, no, I do not try to emulate his writing style.  No one should.)

Philosophy: I was drawn into it with a mixture of watching Spock as a kid where he trounced everyone with his “logic” (even though the writers sometimes didn’t really know what the word meant), and whatever chaotic mixture decides our personalities; I’m a 5w4 on the Enneagram (See my post regarding the Ennea), which means I’m a cerebral/academic type (read, ‘nerd’). My focus has been epistemology, metaphysics & religion.

~~  Socrates remains one of my lifelong heroes  ~~

I’m a horror-movie addict (but am picky about what I like).  I’m a compulsive game creator (and inveterate tweaker of said games).  By now you should have expected to hear that I (paper-n-dice) role played heavily, later created my own RPG, and played that for years with a great group.

When my raison d’etre became novel writing I said goodbye to my dice and charts, and funneled all of my GMing creativity into novel writing (and no, I do not think played RPG campaigns make good stories).

I love being surrounded by trees, and so am lucky to live in beautiful southern Indiana (USA).